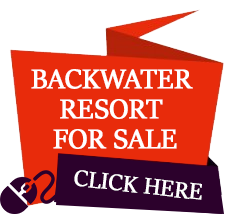 We all know about water, we all say about it,we all realize that we cannot exist without it ,still, if we are asked to give details of our feelings or experience on what we understand and agree about this liquid, we realize that words are for no use. This view may come across as ironical or strange as it stands challenging our reason and logic.

Since time immemorial man has been enjoying water by all means, it is sure that man is not the only creature who enjoys it, all living beings, all living cells in this planet need it. As they need it to maintain their metabolic activities, a few other creatures swim and play in water, a considerable number of species are dipped in it, nevertheless, man is the only living being in this green world who enjoys water by means of his created tools. It is well-known that voyage is the main means for transportation, still in this modern world of airports and rockets. Playing in water is a wonderful experience and , as we have discussed, it cannot be totally explained by words. We know that all ancient civilizations were on the rivers. Water! This wonderful cool liquid dominates the entire living world. It is a major character in ritualistic exercise of all religions. According to ancient Indian thoughts it is not only a compound but an outstanding mixture of vital minerals, they called it "Sapta dhadu sanjayam-Jalam". Water is an inflorescence of seven minerals. It may be paradoxical that mankind tends to contaminate its supernatural ability.

We in Alappuzha near to equator, in such a landscape with pandemic fresh water body, is truly fondled our own style of enjoying our backwaters, lakes and even shallow water bodies.

Alappuzha is a different geographical location, a landscape dominated by water. Our relationship with water is outstanding. As the case may be, Alappuzha villages has mastered in designing various kinds of boats which is a vital factor of their survival. Amazing range of boats can be found in and around Alappuzha. It ranges from rice barges to duck growers magic wherry. Huge rafts are being used here to ferry even automobiles! In short our heritage and water bodies survive as thick as thieves.

We often say, we possess unique tradition with water, you know warships are there, but freshwater military boats can be seen here only. In olden days, kingdoms in and around Alappuzha used to convey their military through backwaters and rivers in Alappuzha. They used various kind of military boats. Those war boat engineering was amazing and we still keep it. Artocarpus tree (artocarpus indicus) is a native of Alappuzha and various species of this huge evergreen trees are seen here. This artocarpus wood is used to build all kind of Alappuzha traditional boats. The well known coconut palm fiber is used to fasten wooden pieces as nuts and bolts are used in car so as the palm fiber is used in our kerala fresh water boat engineering.

Alappuzha nehrutrophy Boat Race The manufacturing process of such military boats demands huge amount of man power and money, after all it need skill beyond all words.

The art of transforming the matured ,old aged Artocarpus wood into a visual which floats and runs on our backwaters is well recognized.

We have already seen that man is an amphibian who lives the given and the manmade .These sort of water vessels are perfect examples of the genius of the manmade world. One cannot, at all, look for such engineering genius anywhere else in this planet.

As Kerala backwater are situated nearer to equator so the acceleration of wind fluctuates every now and then .The presence of two oceans, and a sea always influence the wind speed . Here in Kerala extreme climate conditions are not felt, thank God! It is understood that boats are not possible in a storm. We never feel a storm here at Alappuzha .The acceleration of wind on Alappuzha backwaters is the key factor in Alappuzha racing boat engineering.

An amateur enjoys it, at the same time, an engineer wonders, that's why we always call it unique. Forms can differ here in Kerala fresh water boat engineering.

As we have seen the defense sector in olden kerala used fresh water boats for their combat and transportation purposes. The web of water bodies in and around Alappuzha permitted to do so. One can imagine an army moves on road with their tanks and equipments. It is possible to imagine a fleet of war ships cruising ocean waters but it is not quite easy to suppose a fresh water military operation. It is true that we in Alappuzha used to do so, because the luxurious backwater bodies and rivers are here in Alappuzha supported us.

The fabulous range of these boats differ in size, length,and load carrying capacity. These boats are well known for their beautiful shape and ornamental design. A few with yellowish in colour after a few days with water it becomes black. This is the property of the Artocarpus wood. When it becomes black it is very pretty to see it floats on Kerala backwaters royally and successfully. The very aerodynamic body of these boats enjoys lesser resistance , more over its bottom surface which is in contact with water is plained and smoothend. The unbelievable factor about these sort of boats that its displaces almost equal volume of water when it is empty and loaded. As you look at it you cannot believe that a typical military boat can carry a substantial amount of load.

Alappuzha Boatrace When Alappuzha military boat cruise, the Alappuzha backwaters it seems, as if it were almost dipped in water and that wonderful engineering is the genius works behind its success. These are classified, technically, according to its size, use and load carrying capacity. Even if it is almost dipped in water, it can move successfully.

Once upon a time these boats ruled the Alappuzha backwaters. When the local kingdoms lost its relevance, these sort of boats had no role in military operations. When roads get developed or newly made, the importance of voyage had lost its importance in Alappuzha. Thus, various species of boats, not only military boats, huge Alappuzha rice barges had lost their role.

Even though in these days, these military boats were used, on festival days, as racing boats. It is well known that by the days of Onam, the festival of kerala, many such water races are conducted in and around Alappuzha.

We have seen that these boats are of many types are classified as:

The names given above are its vernacular names

We have seen that the kingdoms in and around Alappuzha made use of various kinds of boats, many of those kingdoms were based on temples, naturally. These Alappuzha Chundan Vallom ( Snake boat) is considered as a holy material among the Alappuzha backwater villages.

After the kingdoms and words, democracy came into exit in Alappuzha .And these boats gave up their relevance as military boats. They never disappeared in to thin air after loosing their role, not withstanding, they became luxurious sports boats. Since time immemorial Alappuzha backwater villages are very much fond of boats and boat races. The pandemic backwaters, coconut lagoons, rivers, all would feast a spell over human eyes. It always stimulates the human fancy. On the backdrops of Alappuzha backwaters and lagoons, an Alappuzha snake boat, Alappuzha 'Chundan vallam' gives limitless joy. Kerala 'Chundan vallom'was never prepared to get off when they had lost their such status and reputation.

As we have seen the Alappuzha snake boats are huge vessels of more than 35-40 meters in length with more than. 100 men and their huddles make powerful ripples as more than 100 oars falling in Alappuzha backwaters at a time so it is to sail on deep waters not in shallow waters. So a race for Kerala Chundan vallom- Kerala snake boats is possible only in a wide spreading, deep water body. Kerala backwater racing track is an exact destination for the Kerala boat race. Boat races are common in the world but these types of long Alappuzha snake boat races are very rare.

So, we have known that from very old days boat races are conducted in Alappuzha backwaters, annually during the south west monsoon occasion. The then Prime minister of India, Mr. Jawaharlal Nehru happened to visit the boat race event. Having seen the royal Alappuzha snake boat, he was delighted. It was the snake boat named 'Valiya Divanji'claimed the cup. Mr. Nehru jumped into the boat and presented a trophy. The miniature of an Alappuzha snake boat. Then after the Alappuzha Punnamada backwater race is known also as 'The Alleppey Nehrutrophy boat race'.

Alappuzha Womens Boat Race The Alleppey backwater boat race is actually a cluster of boat races of various kinds. This include , the Alleppey backwater 'Chundan vallom'( Snake boat), the Alappuzha 'veppu vallom', The Kerala 'Oodi vallam' , The Kerala 'Iruttukuthi Vallom" or the kerala "Prunthu Vallom' and The Kerala Churulan Vallom'.For years, usually sixteen Kerala 'Chundan Vallom'(Snake boat) have been taking part in the Kerala backwater boat race. A good many are god's named, a few others are subjected to great leader's names and a fewer are named which equate to the names of Alappuzha backwater villages.

The Kerala boat race is a true destination for peace and relax when one feels himself like a fish out of water in this life of hectic humanity. The kerala backwater boat race is an event which is few and far between. June –July south west monsoon rains cats and dogs over Kerala backwaters and it is the time to perform The kerala 'Chundan vallomkalli' ( Kerala snake boat race ) in a big way.

From June – September the southwest monsoon showers over Alleppey backwaters and lagoons and rivers. All water bodies get filled with water. Two months of heavy rain makes the Alappuzha backwaters beautiful and deep. Usually the Alleppey snake boat race is conducted on the second Saturday inevery August. Actually from the very beginning of the south west monsoon the Alappuzha boat race starts-hiring of boats, Sleeting rowers for the boats. Raising of funds for practice session in backwaters, rivers, and even shallow waters. Boat clubs are in the path of rejuvenation in and around Alappuzha.

One week before the Alappuzha backwater boat race all backwater villages are switched on to a festival mood. Practice session of the boat clubs horripilate the shores. The long green coconut palm leaves are chowries.

The Alappuzha backwater is fully occupied with Alappuzha snake boats, and all types of Alappuzha luxury racing boats in the previous night of the race itself .The night wakes up with its thousands of eyes with crowd and cries.

At the crack of the dawn itself, people come in group or alone. The whole Alappuzha and its neighboring districts are crowded. So it can be concluded as the Alappuzha backwater boat race for 'Nehrutrophy' is conducted every year in Alappuzha backwaters at 14.00Hrs and ends by 18.30Hrs.

16 Alleppey snake boats, usually race for the title. They are divided into 4 groups/heats, each contain 4 Alappuzha snake boats will be qualified for the finals. The boats which finish second will throw their paddles for the second. There will be losers final too.

After a long practice session the boats and boat clubs return home only to come next year to manifest such a joyful event.

The coconut palms perform carol and the Alappuzha backwaters are obliged.

Most among these Alappuzha snake boats were designed and built by the famous architect " Sri. Narayanan Achari". He dedicated his life to Alappuzha and backwaters and backwater snake boats. We express our regard before his living memory.